What’s the Purpose of Movember? 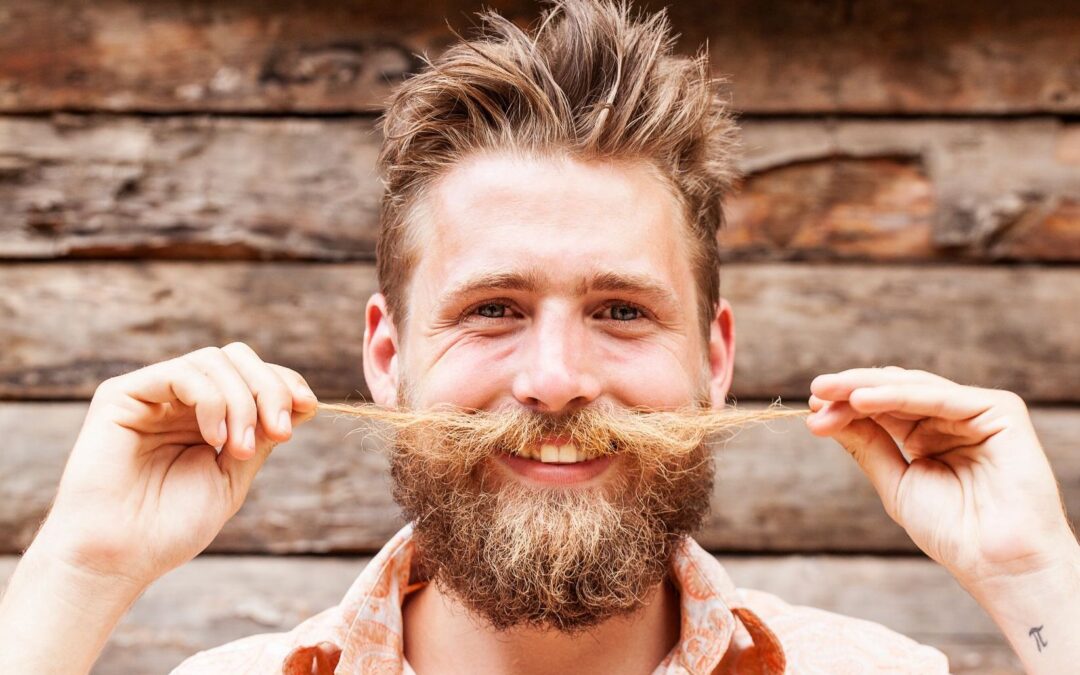 If you notice more beards and mustaches this November, know that it isn’t just a manly fashion statement or a competition for the most luxurious whiskers or even a way to keep warm as the cold weather sets in. Many men throw out their razors in November as part of Movember, a campaign to raise dollars for three of the biggest health risks afflicting men: prostate cancer, testicular cancer and mental health issues. The annual campaign aims to “change the face of men’s health” by raising awareness, increasing research and by making improvements to health services and supports for men.

When Did Movember Start?

Movember has grown into a global movement, but the origin of Movember is humble. It started with two men having a beer in Australia in 2003, joking about bringing back the mustache that had all but disappeared from Australian fashion trends. Inspired by breast cancer campaigns, they decided to make their mustache-growing challenge about men’s health, specifically prostate cancer. They sent around an email entitled “are you man enough to be my man” and found 30 men who were willing to grow a mo for cancer (mo is a diminutive for mustache in Australia). Participants are called Mo Bros.

By 2006 Movember was an international movement and the original co-founders set up the Movember Foundation as an official Australian charity. There are now Movember campaigns in 20 countries around the world. Globally, the Movember challenge has raised more than $800 US million and funded over 1,250 men’s health projects since its inception.

The Movember challenge incorporates a clear symbol and whimsical, fun activity and Mo-ments, to galvanize fundraisers in much the same way that the successful Pinktober for breast cancer does and this is part of the reason for its success. But just like the annual fundraising for breast cancer, the impetus behind the fun is deadly serious.

Why is Movember Important?

On average, men die 5 years earlier than women and much of this has to do with a lackadaisical approach to men’s health in the past. The Movember challenge has grown to target three areas of men’s health that are heavily impacting men specifically, prostate cancer, testicular cancer and mental health. These statistics tell the story:

Prostate cancer is the second most diagnosed cancer in men after skin cancer. It mostly affects older men and especially men of African or Caribbean descent. Early detection is key to a good outcome. Since some men don’t experience symptoms, the best way to detect prostate cancer is through a PSA test, which measures the concentration of Prostate Specific Antigen in the blood. The survival rate for prostate cancer is good if it is caught early.

Even while it isn’t common, testicular cancer is the most common cancer among young adult men, particularly those between the ages of 30-39. As with prostate cancer, if caught early the prognosis is good.

Every minute in the world, a man commits suicide. Men are less likely than women to seek emotional help, or even to just talk to friends, if they are feeling anxious or going through a rough time. Instead they often turn to substance abuse or risky behaviours in an attempt to cope. Mental health issues for both men and women skyrocketed during Covid.

Movember funds a number of research projects to help reduce the impact of these men’s issues. For example, Movember recently launched prostate cancer home test kit trials to make early detection easier. Much of their work is in the area of education and support for men. They support community-based programs to reduce the stigma around men’s mental health issues and provide real support, so men are more likely to reach out.

How Prospect Influential Fits In

While not directly involved in men’ health issues, At Prospects Influential, we like to feel we play a small part in reducing the impacts of these serious diseases, by offering resources to nonprofit organizations to make their job of reaching people easier. The success of any nonprofit to combat health issues is only as good as the number of people they reach.

Prospects Influential offers a number of brokered direct marketing lists for nonprofits which can be filtered by criteria to target those people most likely to support the cause.

If you are a charity supporting men’s health or any other health issue, and need help reaching people to support the cause, give us a call. Our experts can help.